DocArray is now hosted under the Linux Foundation AI & Data - a neutral home to build and support an open AI and data community. This is the start of a new day for DocArray. 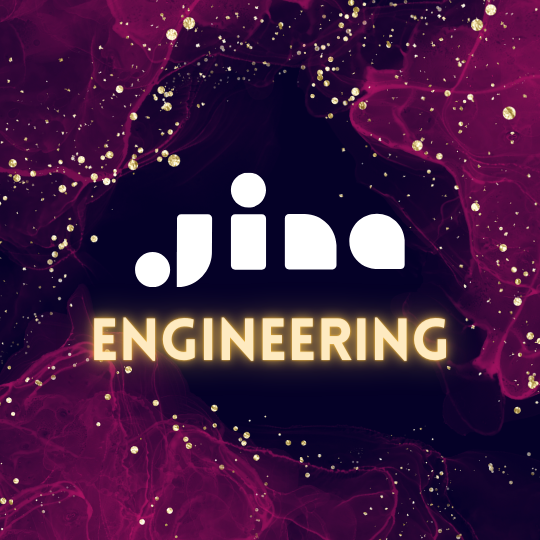 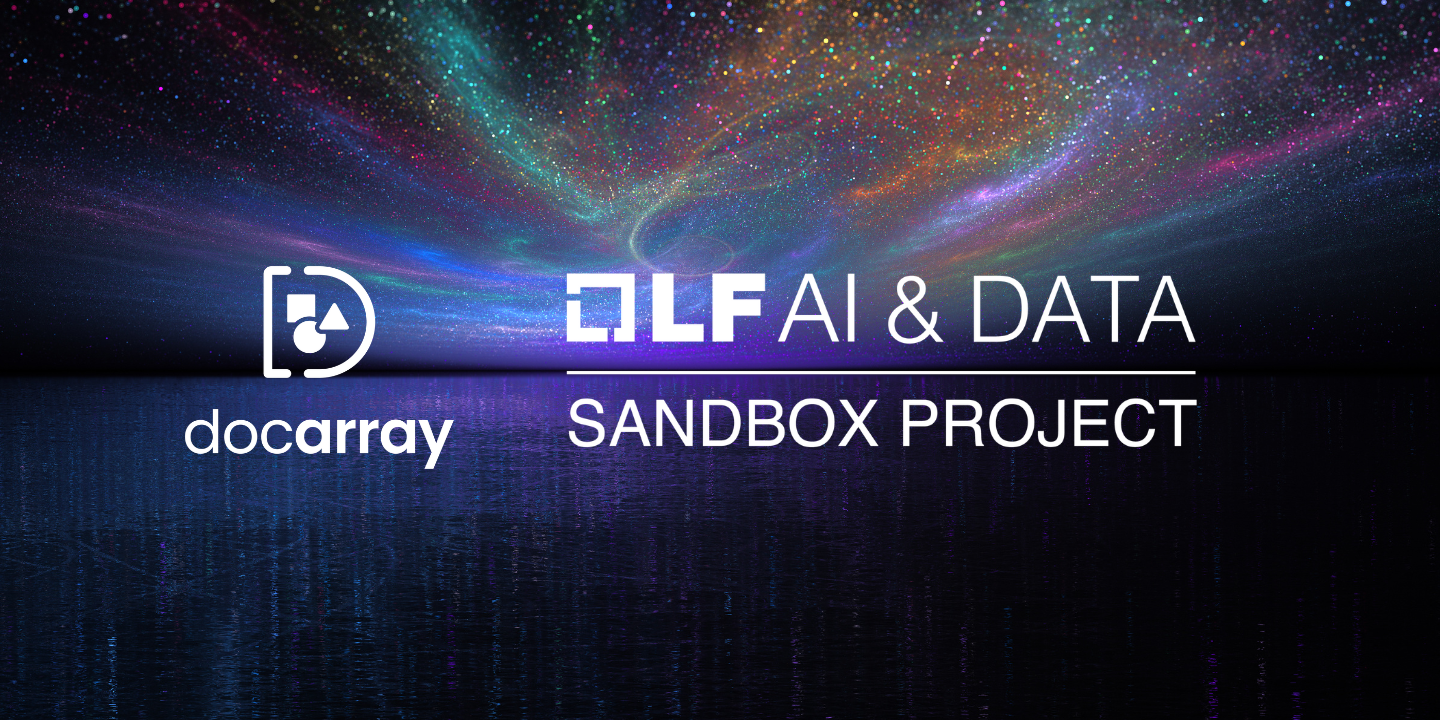 November is a big time for Jina AI. From this month, DocArray will be hosted under the Linux Foundation AI & Data - a neutral home to build and support an open AI and data community. This is the start of a new day for DocArray.

In the ten months since DocArray's first release, we've seen more and more adoption and contributions from the open-source community. Today DocArray has over 150,000 downloads per month and powers hundreds of multimodal AI applications. At Jina AI, we're committed to delivering a powerful and easy-to-use tool for deep-learning engineers to represent, embed, search, store, and transfer multimodal data. But now we're sharing this commitment with you, our community and industry partners. Together with LF AI & Data, we're bringing together companies and individual contributors to build a neutral, inclusive and common standard multimodal data model. By donating DocArray to LF AI, we're letting it spread its wings and fly.

What does it mean to host a project at LF?

In this post we'll review the history of DocArray and unveil our future roadmap. In particular, we'll demonstrate some cool features that we're already developing and will roll out in an upcoming release.

A Brief History of DocArray

We introduced the concept of "DocArray" in Jina 0.8 in late 2020. It was the jina.types module, intending to complete neural search design patterns by clarifying low-level data representation in Jina. Rather than working with Protobuf directly, the new Document class offered a simpler and safer high-level API to represent multimodal data.

Over time, we extended jina.types and moved beyond a simple Pythonic interface of Protobuf. We added DocumentArray to ease batch operations on multiple DocumentArrays. Then we brought in IO and pre-processing functions for different data modalities, like text, image, video, audio, and 3D meshes. The Executor class started to use DocumentArray for input and output. In Jina 2.0 (released in mid 2021) the design became stronger still. Document, Executor and Flow became Jina's three fundamental concepts:

The community loved the new design, as it greatly improved developer experience by hiding unnecessary complexity. This let developers focus on the things that really matter.

As jina.types grew, it became conceptually independent from Jina. jina.types was more about building locally, while the rest of Jina focused on service-ization. Trying to achieve two very different targets in one codebase created maintenance hurdles: On the one hand, jina.types had to evolve fast and keep adding features to meet the needs of the rapidly-evolving AI community. On the other hand, Jina itself had to remain stable and robust as it served as infrastructure. The result? A slowdown in development.

We tackled this by decoupling jina.types from Jina in late 2021. This refactoring served as the foundation of the later DocArray. It was then that DocArray's mission crystallized for the team: to provide a data structure for AI engineers to easily represent, store, transmit and embed multimodal data. DocArray focuses on local developer experience, optimized for fast prototyping. Jina scales things up and uplifts prototypes into services in production. With that in mind, we released DocArray 0.1 in parallel with Jina 3.0 in early 2022, independently as a new open source project.

💡
We chose the name DocArray because we want to make something as fundamental and widely-used as NumPy's ndarray.

Today, DocArray is the entrypoint of many multimodal AI applications, like the popular DALLE-Flow and DiscoArt. We've introduced new and powerful features such as dataclass and document store to improve usability even more. DocArray has allied with open-source partners like Weaviate, Qdrant, Redis, Elasticsearch, FastAPI, pydantic and Jupyter for integration and most importantly for seeking a common standard. With the paradigm shift towards multimodal AI, we see great potential for DocArray as a key player in this revolution.

Donating DocArray to LF marks an important milestone where we share our commitment with the open source community openly, inclusively and constructively.

The next release of DocArray focuses on four tasks:

We invited two core maintainers of DocArray, Sami Jaghouar and Johannes Messner, to give you a taste of the next release.

In DocArray, dataclass is a high-level API for representing a multimodal document. It follows the design and idiom of the standard Python dataclass, letting users represent complicated multimodal documents intuitively and process them easily via DocArray's API. The new release makes dataclass a first class citizen and refactors its old implementation by using pydantic V2.

Let's preview how to use the new dataclass. First, a Document is a pydantic model with a random ID and the Protobuf interface:

To create your own multimodal data type you just need to subclass from Document:

Once you've defined Banner, you can use it as a building block to represent more complicated data:

Then you can represent your BlogPost:

Milvus is an open-source vector database and an open-source project hosted under LF AI & Data. It's highly flexible, reliable, and blazing fast, and supports adding, deleting, updating, and near real-time search of vectors on a trillion-byte scale. As our first step towards a more inclusive DocArray, Johannes Messner has been pushing Milvus integration in one of his gigantic pull requests.

As with other document stores, you can easily instantiate a DocumentArray with Milvus storage:

Here, config is the configuration for the new Milvus collection, and n_dim is a mandatory field that specifies the dimensionality of stored embeddings. The code below shows a minimum working example with a running Milvus server on localhost:

To access persisted data from another server, you need to specify collection_name, host, and port.

This allows users to enjoy all the benefits that Milvus offers, through the familiar and unified API of DocArray.

Open governance for DocArray has many benefits:

The Linux Foundation (LF) is a non-profit technology consortium founded in 2000 as a merger between Open Source Development Labs and the Free Standards Group to standardize Linux, support its growth, and promote its commercial adoption. Additionally, it hosts and promotes the collaborative development of open source software projects. It is a major force in promoting diversity and inclusion in both Linux and the wider open source software community. The Linux Foundation provides a neutral, trusted hub for developers to code, manage, and scale open technology projects.

Jina AI is a commercial open-source software company founded in February 2020. It provides businesses and developers with an MLOps platform for building multimodal applications on the cloud, including neural search, creative AI, etc. The company has raised 37.5 million USD backed by top investors including Canaan Partners, GGV Capital, Yunqi Partners, SAP.io, and Mango Capital. The company is headquartered in Berlin, Germany with offices in San Jose, Beijing, and Shenzhen; its distributed team model includes members from all around the world.

We do opensource, we do neural search, we do creative AI, we do MLOps. We do we. 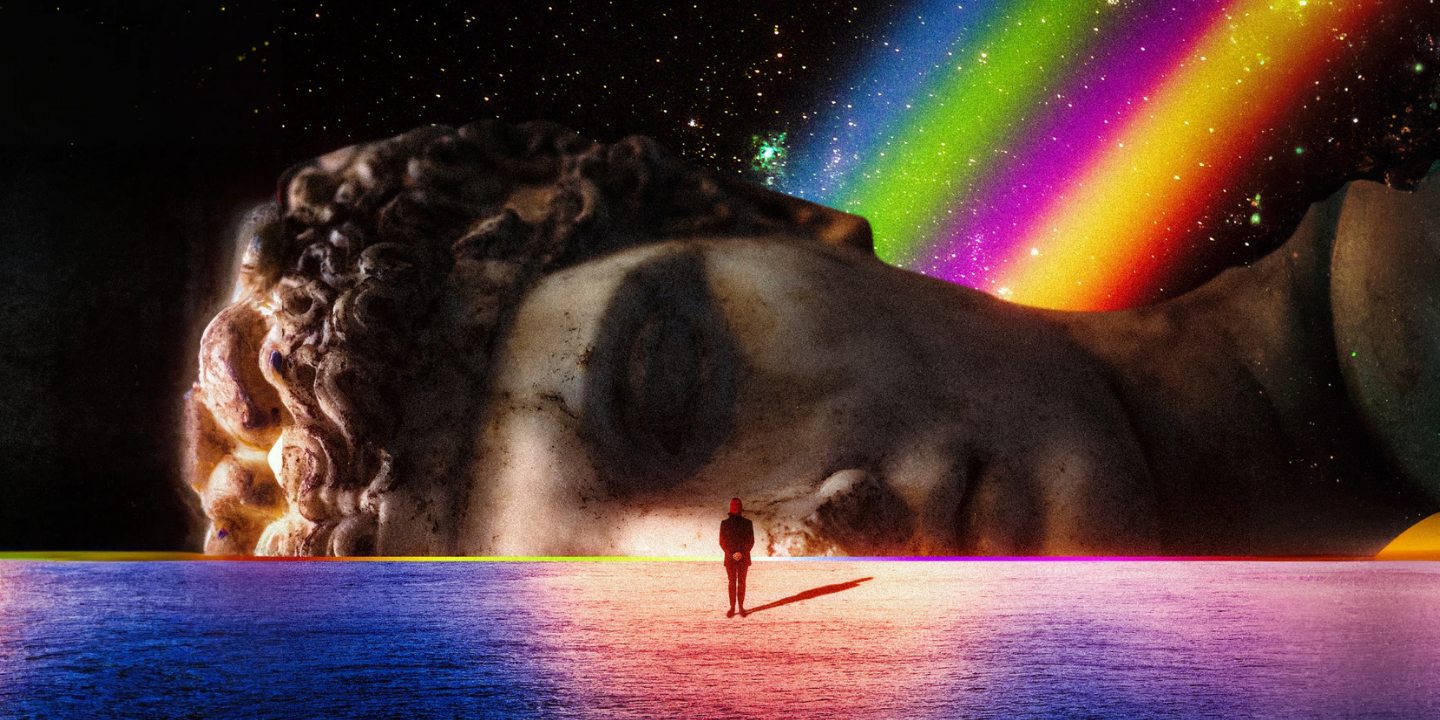 How to Personalize Stable Diffusion for ALL the Things

Jina AI's BIG metamodel lets you fine-tune Stable Diffusion to the next level, creating images of multiple subjects in any style you want 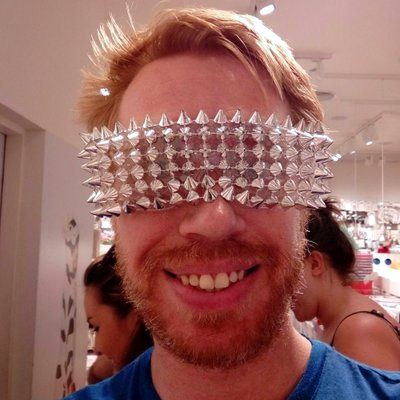 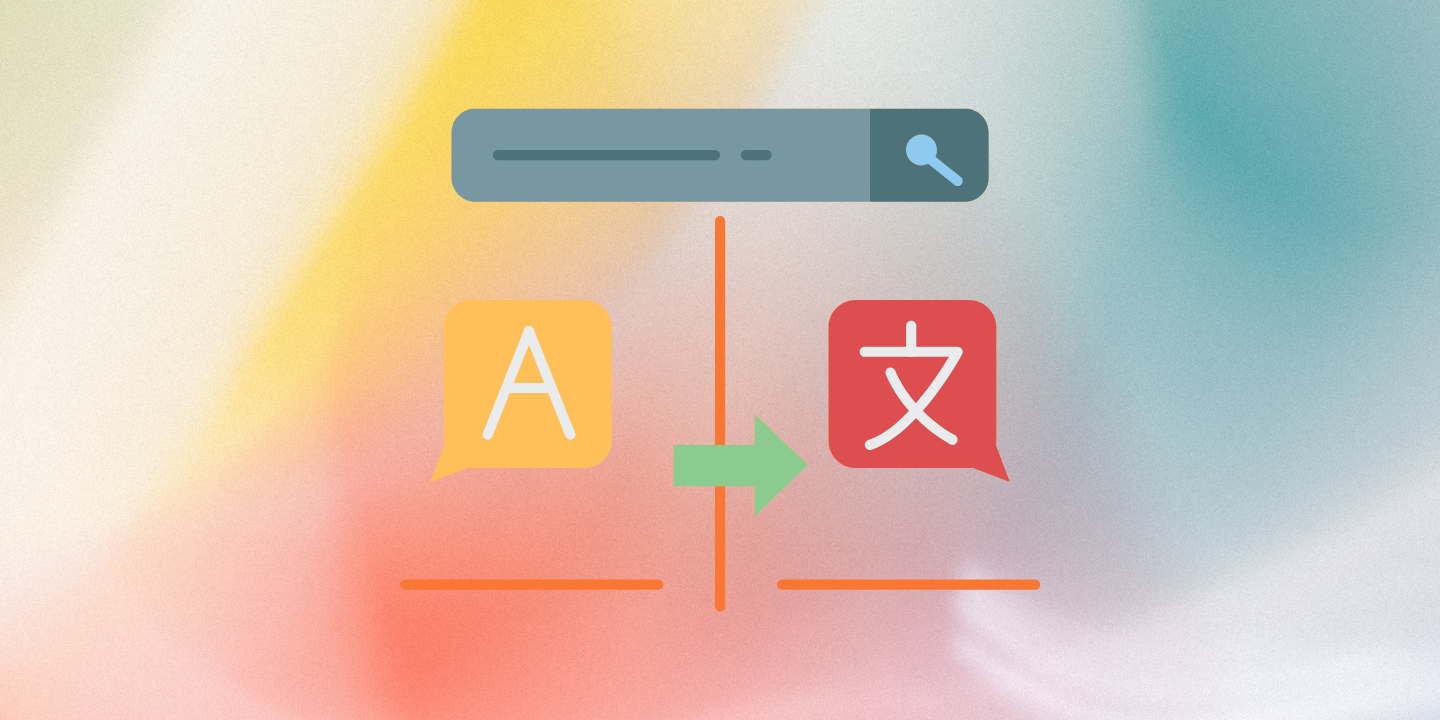 Having trouble with non-English search queries? Fine-tuning your multilingual CLIP models may be the answer. In this post, we'll show you how Finetuner can be used on multilingual CLIP to improve search quality and give you better results. 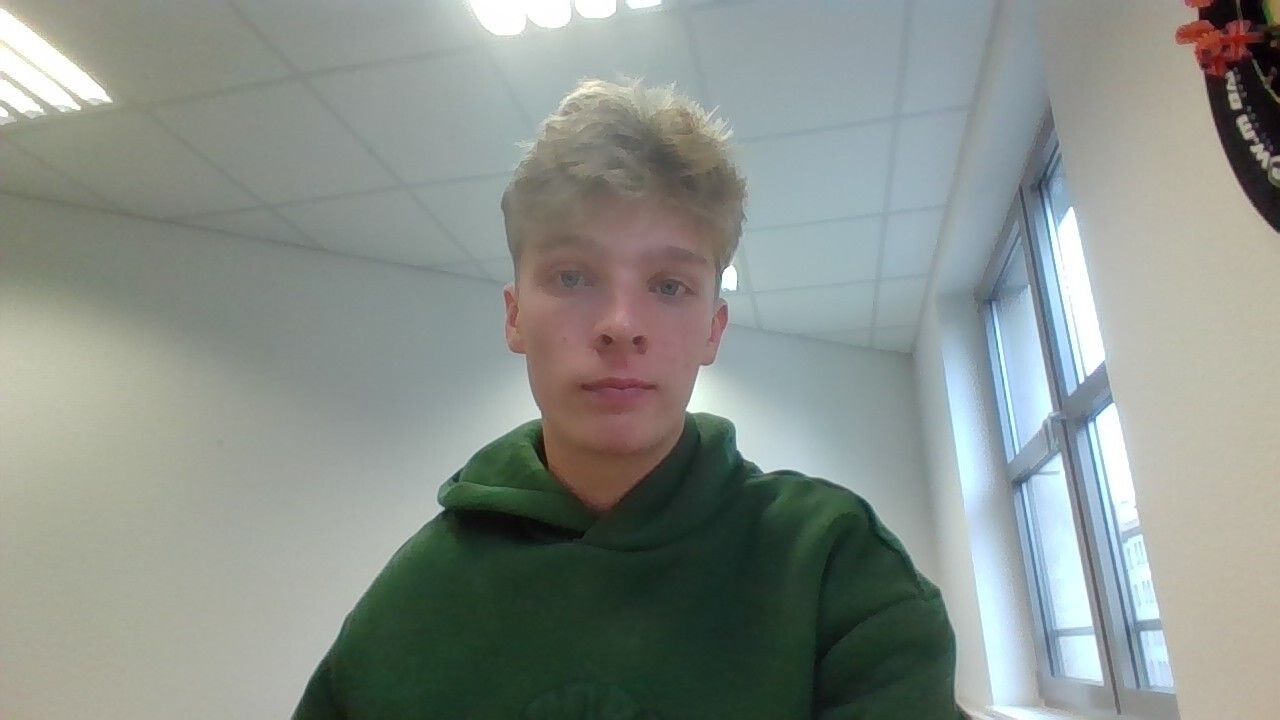 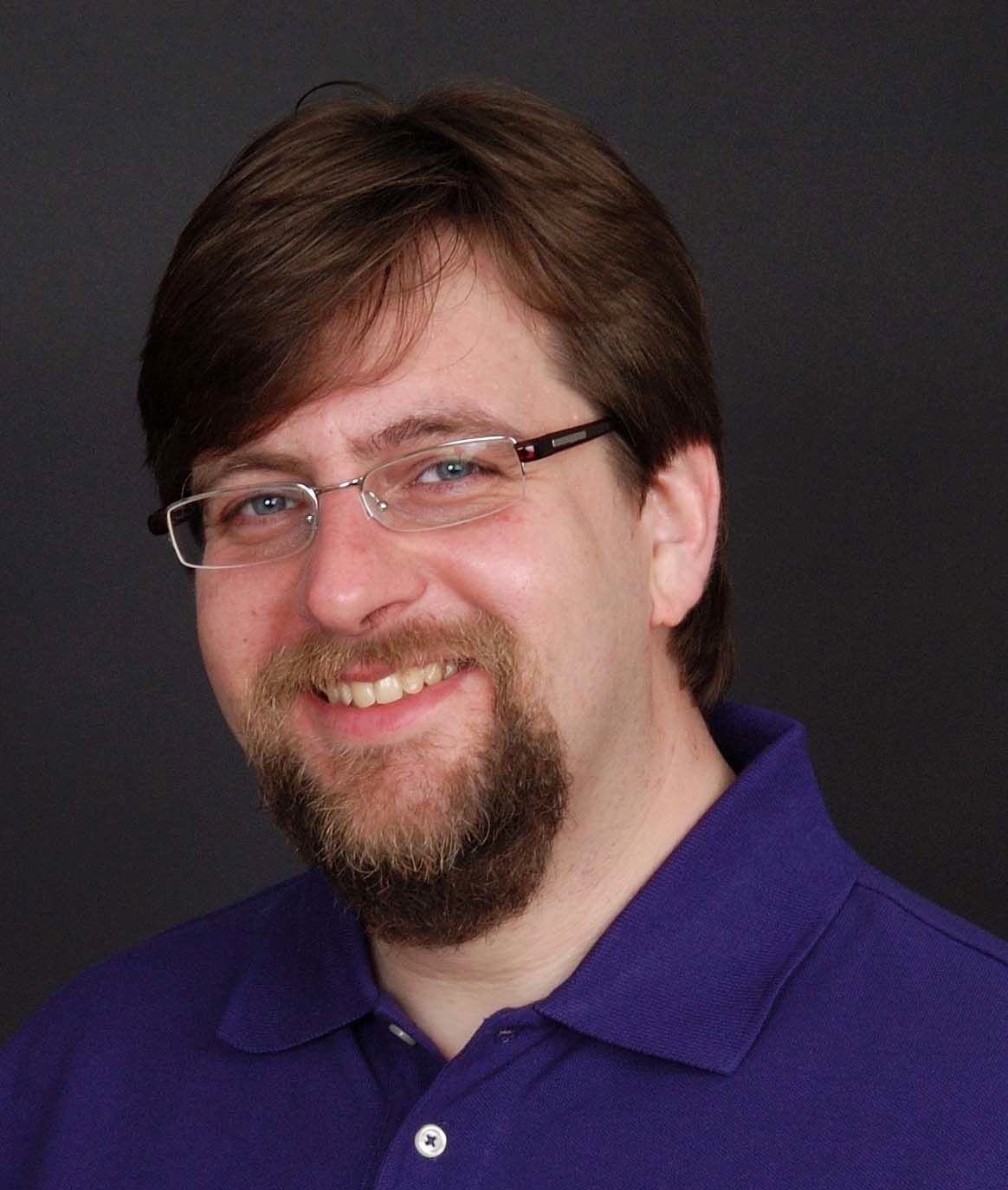